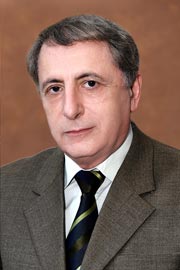 Anatoly M. Tsuker as a scientist works in 2 main areas: the history of the national music and mass musical culture.

A. M. Tsuker is the initiator of a number of scientific and creative projects of regional, federal and international level, including the organization of more than 15 national and international scientific conferences. Also he is the editor and compiler of more than 20 collections of scientific papers. He organized workshops and research seminars at the universities of Moscow, St. Petersburg, Minsk, Kiev, Novosibirsk, Saratov, Chelyabinsk, Magnitogorsk, Volgograd, Salekhard, etc. A. M. Tsuker is the laureate of the Shostakovich Russian Prise, Knight of the Order of Friendship.